Toward improved integration of bioceramic implants Nestled in the heart of west-central France, the city of Limoges is famous for its high quality porcelain factories which employed up to 10,000 workers at the height of their golden age during the second half of the 19th century. Fast forward to the present day, and a group of researchers at the University of Limoges are investigating other, more modern and innovative kinds of ceramic material, known as bioceramics.

The group is part of the “Science of ceramic processing and surface treatments” laboratory* which studies materials and applications relative to the energy, information technology and health sectors.

“Bioceramics are an important subset of biomaterials. They are particularly useful in the repair and reconstruction of bone” explains Dr Chantal Damia, member of the research group. “Our team’s main focus is the development of devices based on calcium phosphate bioceramics for applications in bone tissue engineering. The composition of these materials is very close to the mineral part of bones and they thus exhibit osteoconductive properties (i.e. they allow bone ingrowth into porous implants).”

“The development of advanced bioceramics for bone remodeling requires better knowledge of their interactions with the biological environment (i.e. the bone cells and proteins involved in cell adhesion). We have recently been working on setting up characterization tools to monitor these interactions. This research is particularly useful for improving the efficiency of medical devices such as bone substitutes. It also opens up possibilities for extending their use to large bone defects (>20 cm2) for which natural bone regeneration only occurs at the peripheral region between the bone and the substitute.”

* Research unit operated by the University of Limoges in association with the French National Center for Scientific Research (UMR CNRS 7315).

“One current focus is the impact of bioceramic surface topography and composition on protein adhesion forces. We investigated this using a technique known as atomic force spectroscopy coupled with PicoImage data analysis software (based on Mountains® technology).”

“We chose to concentrate on one protein in particular, fibronectin (Fn), which promotes cell adhesion allowing the differentiation and survival of osteoblasts (cells involved in the process of bone formation). To measure the adhesive force between fibronectin and bioceramic material, the protein was grafted onto the cantilever tip of our Keysight atomic force microscope (AFM). This tip was put into contact with a calcium phosphate bioceramic substrate made from silicated hydroxyapatite powder synthesized by an acqueous precipitation method. Once contact between the functionalized tip and the substrate was obtained, the cantilever was removed and the adhesive force of fibronectin measured. Force mapping was performed with spectroscopy mode in air.”

The force value is calculated for each point of the surface at the adhesion event cursor (a histogram of values can be displayed.) Force values are displayed in a parameter map. Two cursors were created on the parameter map (below) to display and compare individual force curves in neighboring zones. This feature is interactive: the displayed force curve is updated when the cursor is moved. 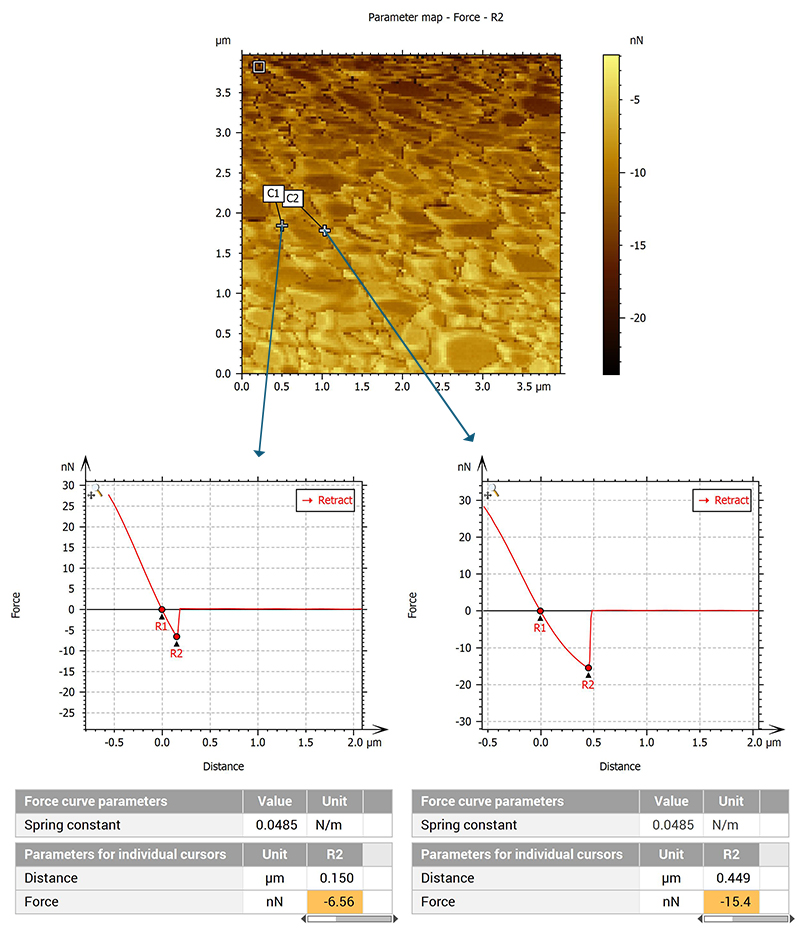 Force value was applied as texture to the topography of the sample. In the resulting 3D model, the granular structure of the surface is clearly visible (the bioceramic material is obtained from a powder). It is possible to study correlations between topography and force. 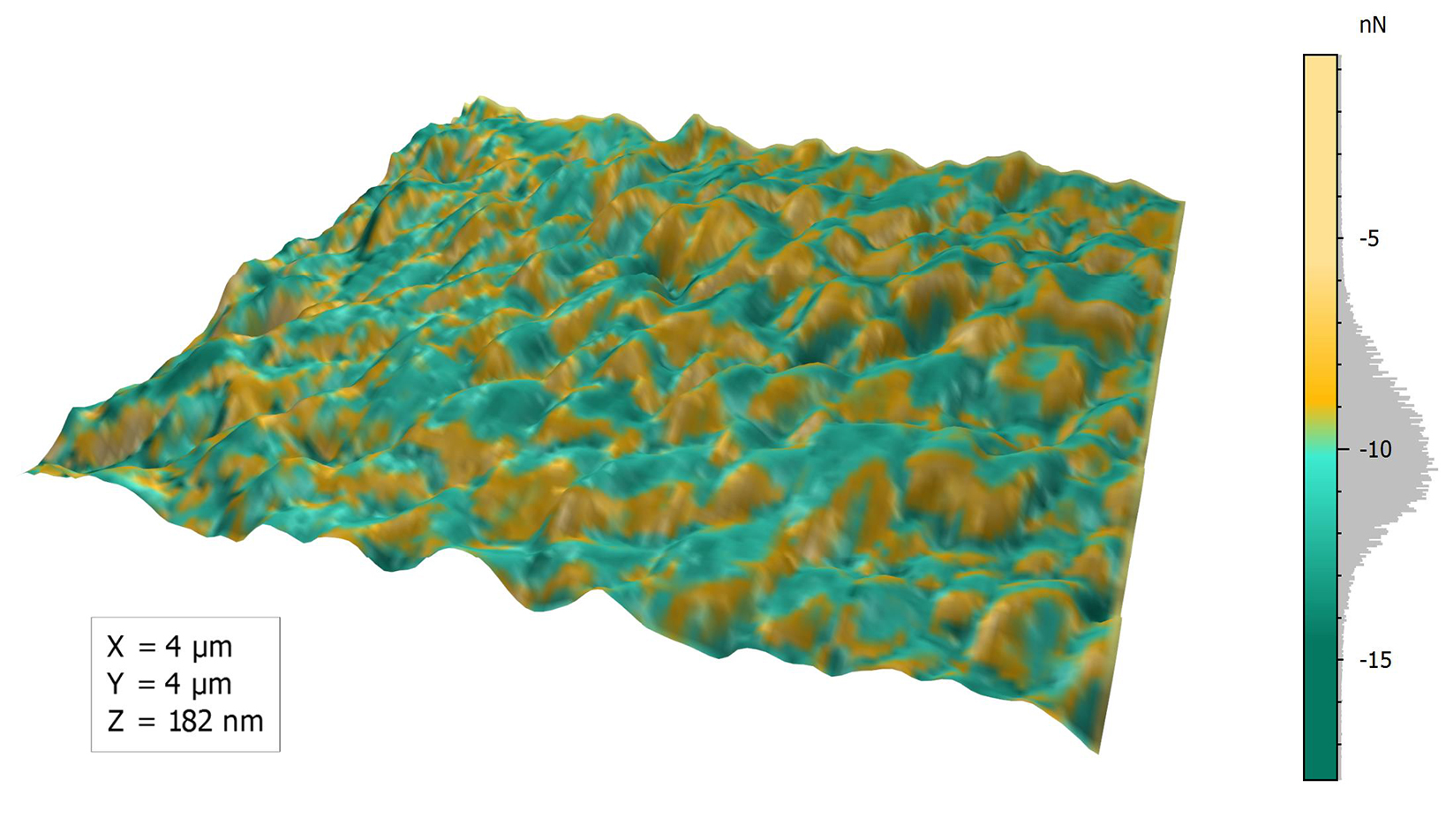 Above: Bioceramic topography with force information