In police investigations and crime novels, in order to discover the culprit, it is often necessary to find and analyze fingerprints first. A team of researchers at the Sapienza University of Rome, Italy used this same approach to solve an enigma of the ear pathology cholesteatomas (CHO), a condition where an epithelial mass forms in the middle ear, causing inflammation, pain and hearing loss. The mystery of this pathology: which cell is reponsible for eroding the middle ear incus bone?

Incus bone erosion is considered a typical characteristic of advanced CHO. However, it is still a matter of debate whether resorption lacunae1 on the surface of incus bones are caused by osteoclast2 action. To address this issue, the research group observed resorption bays in the neck of an osteoporotic human femur (indubitably of osteoclastic origin) and those present in incus bone affected by CHO. 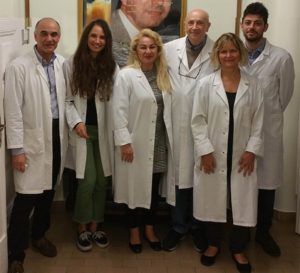 “We used BSE images from our scanning electron microscope Hitachi VP-SEM SU 3500, equipped with a four-quadrant BSE detector that allows us to obtain four images simultaneously in only one scan” said Prof. Michela Relucenti, who led the study. “The four pictures obtained were reconstructed into a 3D image using Hitachi map 3D software based on Mountains® and processed to extract quantitative information.”

“Obtaining this type of data was extremely useful in implementing the morphological classification parameters generally used to characterize the formation and resorption of bone surfaces. In fact, acquiring quantitative data of resorption lacunae, such as area, mean depth and volume allowed us to compare lacunae derived from different sources (femur and incus) and finally, assess if they had the same origin.

Resorption lacunae area, mean depth and volume were calculated with Hitachi map 3D.  For further detail, we selected a single lacuna on the 3D image reconstruction and performed automatic measurements of the area, the mean depth and the volume.” 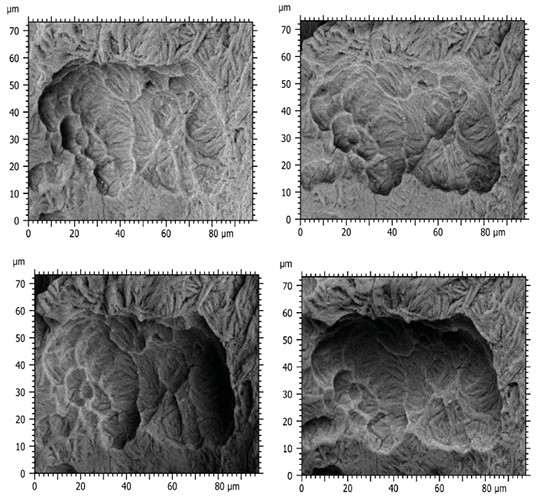 “The data, collected and statistically analyzed, showed that no significant differences exist between the two groups. Therefore, if the fingerprints are the same, then the culprit is the same: in this case the osteoclast!

This quantitative approach implementing morphological characterization allowed us to state that surface erosion of the incus was due to osteoclast action.” 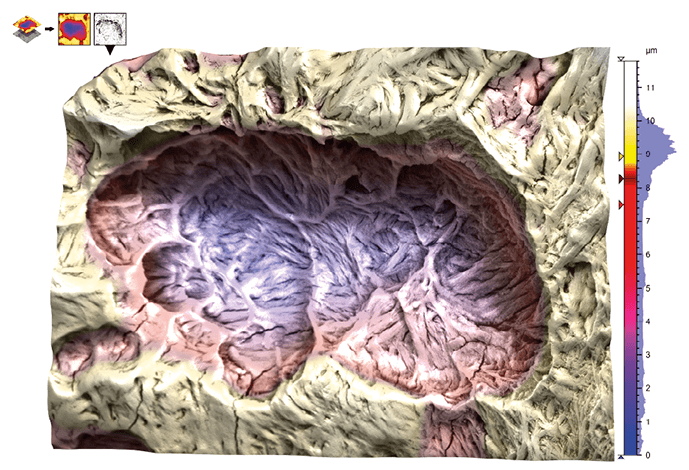 The novel scanning characterization approaches used in this study allowed for the first time the 3D imaging of incus bone erosion and its quantitative measurement, opening up a new era of quantitative SEM morphology on biological samples. New therapeutic options for inhibiting bone erosion development in CHO were also brought to light. 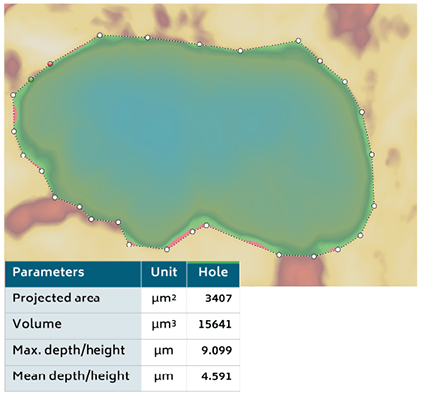 ¹ A concavity found in bones undergoing resorption.
² A type of bone cell that breaks down bone tissue.