Digital Surf and Image Metrology joined forces in July 2014. In the run-up to the release of MountainsSPIP® 8 Christophe Mignot, Digital Surf CEO, explains the reasons behind this merger and what it means for current SPIP™ and Mountains® users. 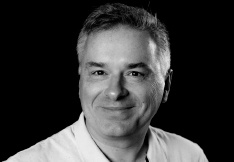 Digital Surf and Image Metrology merged in 2014. Can you explain the logic behind this?

Digital Surf, a company founded in 1989, is the editor of Mountains® software, leading analysis software for contact (stylus) and non-contact (optical) profilometers.  Most profilometer manufacturers now offer Mountains® to their customers, either as an option or an embedded standard component.

Profilometers and SPMs share a lot in terms of surface analysis needs : for instance, interactive 3D rendering, form removal, filtering and roughness analysis can be required when working with data from either technology. However each instrument family also requires specific optional analyses e.g. automotive surface texture parameters for profilometers or force curve analysis for AFMs.
Image Metrology and Digital Surf were not directly competing as we were focusing on different markets. However over the years, it appeared that we had a lot of scientific enthusiasm and long-term expertise that we could pool for the benefit of our respective customers. Merging the two products was an opportunity to serve the surface analysis community more globally and in a better way, with tools for analysis from the nanometer scale to the millimeter scale.

In parallel, over the last 10 years, Digital Surf has been driving an internal R&D program with the idea of allowing Scanning Electron Microscopy to move from 2D grayscale images to 3D color images. Currently this technology has been adopted by the four biggest SEM manufacturers. As a result of both these internal and external developments, Digital Surf is planning to launch the new Mountains® 8 range in Q2 2019. Not only will Mountains® 8 be the most advanced software package for each type of surface or image analysis, but laboratories working with several different types of instrument (profilometer, microscope, SEM, AFM, spectral analyzer etc.) will be able to benefit from a unique synergy between all their instruments. 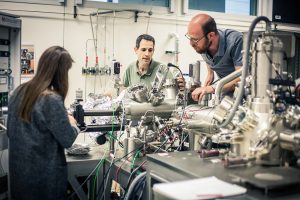 What are the advantages brought by the SPIP™ and Mountains® platforms?

Of course, it would be easy to assume that Mountains® 7 being the expert for surface analysis on profilers (and SEMs) and SPIP™ 6 being the specialist for SPM image analysis, we would just merge these two characteristics to form the DNA of our new product. However, there’s more to it than that. The approach used in SPIP™ is more interactive and direct than in Mountains®. For instance, extracting a cross-section profile or a sub-area from a surface or leveling a topography are one-click operations in SPIP™, whereas they follow a longer sequence in Mountains® 7.
On the other hand, Mountains® 7 is very good at automation, traceability and publication, thanks to its unique document-based architecture and its clear and visible workflow. In Mountains® 7, the user can permanently monitor the operations applied, modify any of them at any time, use the work done as a template at any time and save or export work to Microsoft Office or other common programs in just a few clicks.
It has been a tremendous challenge to marry advantages of both software programs into a single product, as the philosophy of the two predecessors was really different, but we eventually got there! Mountains® 8 is as immediate as SPIP™ 6 and as traceable and automatable as Mountains® 7. 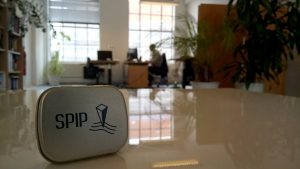 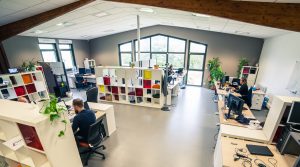 Can you give a few specific examples of features?

An important advantage for Mountains® 7 users will be new tools for Particle Analysis. Image Metrology did a brilliant job on this in SPIP™ and now all Mountains® users will have access to that. Conversely, Digital Surf really nailed multi-channel SPM image management. Multi-layer images are processed as simply as standard images in Mountains® 7, whereas this required windows synchronization mechanisms in SPIP™. Those using multi-channel microscopes will see their productivity increase significantly when upgrading to MountainsSPIP® 8.
However, Mountains® 8 is much more than just SPIP™ 6 and Mountains® 7 advantages put together. The new platform offers other new advantages. For instance users have been asking us for a while for a complete undo/redo function everywhere in the document: DONE!

How will the new Mountains® 8 range be structured?

The new Mountains® 8 range will have three main product lines:

All four software lines will come with a dedicated choice of optional modules, such as specific analysis tools for the automotive industry or powerful spectral data cube analysis for chemical surface mapping in microscopy.

Do you expect SPIP™ 6 users to be at ease quickly with MountainsSPIP® 8 ?

Obviously MountainsSPIP® will be a big step forward for users of SPIP™ 6 (and earlier versions). It will require more time and effort for them to find their feet than for Mountains® 7 users. We realize that and we are committed to making the shift as easy as possible.

Mountains® 8 will allow users to start from tutorial examples. Not tutorials that you use to understand, then close before applying to your own work, but actual useful examples you can use yourself to start with (including comments and explanations that you can switch off and on as you please). You can easily replace example data with your own data, save and retrieve your work.
We are producing a specific set of examples dedicated to guiding former SPIP™ 6 users.

Mountains® is very consistent. It is quite different from any other image analysis programs. But once you have got used to the basic concepts and names (such as “document”, “studiable” and “operator”), the software behaves the same for all data types. There is a small effort involved during the first five minutes, but then the gain in productivity is huge. Also, as Mountains® reproduces the familiar layout of desktop publishing software, if you are used to products like PowerPoint® or Word®, you will quickly be at ease with our powerful analysis documents.

MountainsSPIP® will be available in 11 languages, including on-screen help, so most users will be able to work in their native language.

Last but not least, we are training our customer support people so that they fully understand the differences SPIP™ users will face when using MountainsSPIP®. So, they are ready to help and share their enthusiasm for the new product! Customers should not hesitate to call our support team for even the smallest concerns.

Do you have a message for the 15,000 existing Mountains® users?

The merger of SPIP™ and Mountains® has been a long process and has delayed the release of version 8, but it was worth the wait. SPIP™ has come as a breath of fresh air, with attractive concepts that will now be part of Mountains®. And it is now our intention to recover the pace of new major versions. With SPIP™ joining us, the community broadens, and synergy between instruments and applications once again increases. Whatever surface analysis instrument you have, you know you can trust Mountains® to stay at the forefront, as 50+ instrument manufacturers do already.

We would like to thank our users and integrators for their loyalty and trust and we pledge to keep up the hard work in the future! Since SPM specialists Image Metrology and Digital Surf joined forces a few years back, development teams from both companies have been working hard to create the next generation of SPM image analysis software, based on the industry-standard Mountains® platform and including all the best SPIP™ interactivity and analytical tools. The new product line, named MountainsSPIP® […]