3D printing contest, the winning samples chosen by you

When we launched our 3D printing contest back in September, we did not anticipate the sheer variety of examples that would be sent in by our users.

From biological samples to electronic components, it was great to see the full spectrum of what scientists, academics and industry members are studying with Mountains® software.

It was a tough decision as there were so many other worthy examples. Here are the five winning examples chosen by visitors to the Digital Surf Facebook page. These have been 3D printed with a copy being sent to their lucky owners and another to be on show at the MRS Fall Exhibit in Boston. 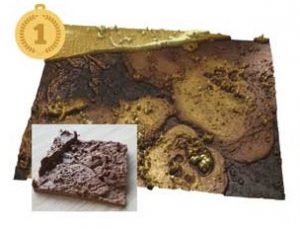 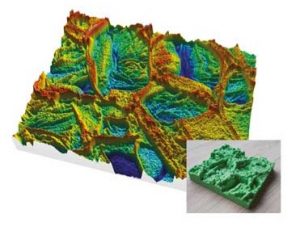 These two amazing 3D views were generated from SEM images captured by fourth graders at the Victory World Christian School in Georgia, USA.

The school’s science, technology, engineering and mathematics (STEM) coordinator Sophia Chin explained to Surface Newsletter that the goal of introducing the use of a SEM at such an early age is “to inspire, amaze, and expand the minds and curiosity of our children and to maximize the learning experience in the classroom.”

Great work kids, you are the scientists of tomorrow and almost certainly among the youngest ever Mountains® users! 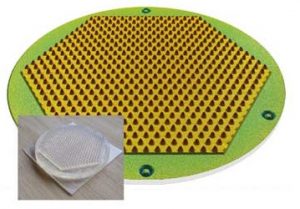 This “forest of cones” is an array of precisely engineered 3D microreplicated ceramic structures coated with CVD diamond.

Known as a “pad conditioner”, this component is used for Chemical Mechanical Polishing (CMP) in advanced node semiconductor manufacturing. The micro-structures ensure consistent performance disk-to-disk and the metal-free cutting surface is ideal for advanced node processes sensitive to metallic contamination. 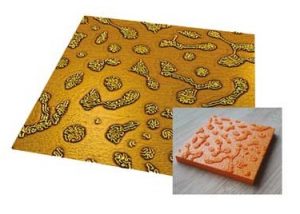 This image comes from a recent study on industrial materials (applied in construction, pharmaceutics and other industries) where behavior of materials in different environments is of great importance. 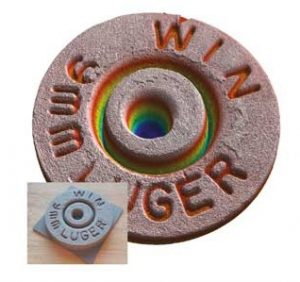 3D topography is now used in crime laboratories in measuring toolmarks and striations produced by firearms and imparted on crime scene evidence, such as fired bullets and cartridge cases. These individual marks are used by forensic examiners in helping to solve violent crimes.

The measurement depicted is of a 9 mm cartridge case. The full “head stamp” or back face of the cartridge is measured here. Examiners concentrate on three key areas of a casing: the breech face impression, firing pin and ejector mark.